Ran in to an interesting problem recently in my current project, we are using the

publish/subscribe pattern in our JavaScript associated with the components we are building. Essentially its a design pattern to promote loose coupling and fits in well with Sitecore’s ability to provide highly modular applications you can read more about it here and here.

The problem came when one component published an event through some interaction on the site and the other subscribers would act upon this event by making ajax calls to the server to refresh the data and update the individual components.

I noticed the first call was performing as expected but subsequent calls were experiencing 500 ms waiting before the actual work was being performed. Each of these calls when made individually returned in < 10 ms.

This blog does a great job of explaining the issue and providing a fix, which was to add the attribute

So I tried this but the issue still persisted, so I broke out Dot Peek and had a look what was going on in the Sitecore dlls when this was happening and found that the Sitecore.Apps.TagInjection.DependencyResolver.TagInjectionControllerFactory was being used during the ajax calls. 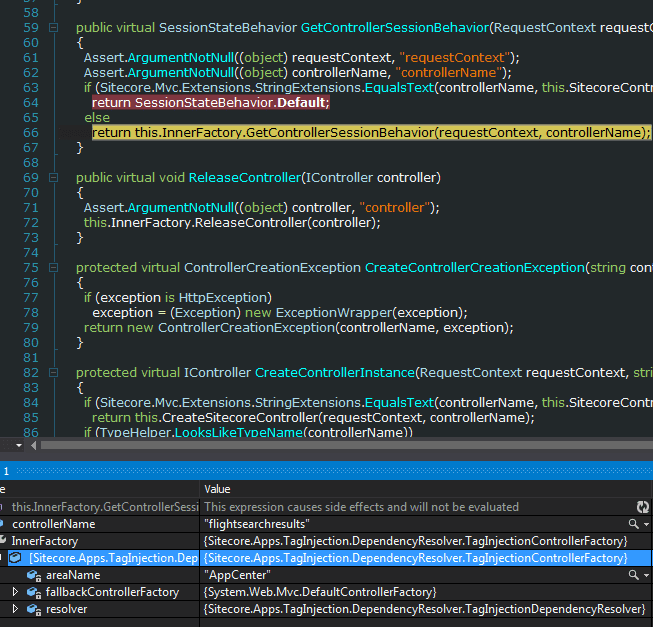 At this point I raised the issue with the awesome guys at Sitecore support and the confirmed this behaviour is in fact a bug in Sitecore 8 Update 3 and have provided a fix via a dll and config file. The bug reference number is 449003 if you are seeing the same problem get in touch with the support team.